Panda Junior had his first experience as a DJ in 1990, at Bucharest’s culture house Schiller, experience which lasted for six months.

His DJ career takes a strong turn in 1995 at Disco Fan (Children’s Town of Bucharest), where he is the resident DJ for 2 years, until 1997.

After his Disco Fan moment, he acts as the resident DJ in other branded clubs in Bucharest, well known for the party scene:

The production was made in the studios Sick Beat Production and AudioGate Studio in Bucharest by DJ Pitt R and Marlene Magdis. Released on the 4th of June 2014, the single can be found in most online music stores and the most popular streaming websites worldwide.

Currently working with several teams of music producers to create songs that represent him in his artistic career and to be featured on his first album. 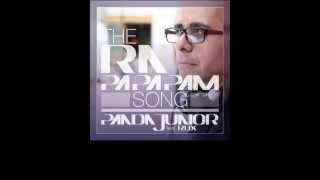